Geraldine Fischer is Legal Counsel on one of the Case Management Teams.
Ms. Fischer joined ICSID in September 2012.
Prior to joining ICSID, she worked as a Senior Research Fellow at the Centre for International Law at the National University of Singapore. She also worked as an attorney with the law firms of Foley Hoag LLP in Washington, D.C. (2007 – 2009) and Winston & Strawn LLP in Washington, D.C. (2005 – 2007). She began her legal career as an attorney for the Office of the Chief Counsel for International Commerce at the U.S. Department of Commerce (2002 – 2005).
Ms. Fischer holds degrees from the National University of Singapore (LL.M.), American University Washington College of Law (J.D.) and Tufts University (B.A.). She is admitted to practice law in the State of New York and the District of Columbia.
She speaks English and Spanish.

Careers in Investment Arbitration: Perspectives from East to West 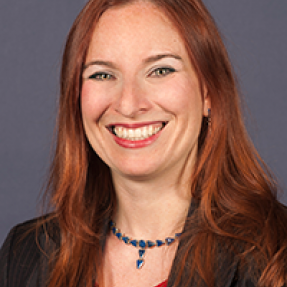