2021 marked another remarkably busy year at ICSID. As of December 10, 2021, the Centre had registered a record 61 cases under the ICSID Convention and Additional Facility, while also administering 20 cases under the UNCITRAL Arbitration Rules and other non-ICSID rules. Seventy proceedings also concluded over the past year. ICSID had 283 pending cases as of December 10, bringing the total number of ICSID cases—since the first case was registered in 1972—to 864. The pivot to remote hearings and electronic filing has kept ICSID cases on track over the past two years—and will likely leave a lasting impression on international dispute settlement proceedings in the future.

In addition to case-related services, ICSID made significant progress on several institutional priorities. The process of amending ICSID’s procedural rules has advanced considerably, setting the stage for a vote on the rules by ICSID Member States in 2022. The development of a Code of Conduct for Adjudicators in International Investment Disputes has also maintained steady momentum.

These accomplishments reflect the support of our Member States, the commitment of tribunals and counsel to their cases, and the dedication and expertise of our staff.

Below, we share a brief recap of highlights from 2021. Until next year, we wish our friends and colleagues a joyous, restful and safe holiday season.

Five years after embarking on the most far-reaching amendment to its procedural rules, ICSID brought the consultative phase to a close in late 2021.

The amendments address the entire suite of ICSID rules and regulations, covering the Administrative and Financial Regulations, Institution Rules, Arbitration and Conciliation Rules under the ICSID Convention and Additional Facility, Fact-Finding Rules, and introduce an entirely new set of investor-State Mediation Rules. The text of the amended rules is available in English, French and Spanish.

A priority for ICSID over the course of next year will be helping participants in ICSID cases—counsel, arbitrators, conciliators, mediators and committee members—understand the changes introduced in the updated rules and their practical implications. Stay tuned for a series of briefings, events and resources to be released in 2022.

On August 4th, 2021, the Republic of Ecuador became the 156th Contracting State to the ICSID Convention. Ecuador’s membership to ICSID forms part of the country’s comprehensive strategy to boost foreign investment and international trade for economic growth and shared prosperity.

As an ICSID Member State, Ecuador participates in the governance of ICSID through representation on the Administrative Council, and also designates arbitrators and conciliators to the ICSID panels.

Advancing the ICSID and UNCITRAL Code of Conduct

The Member States of ICSID and the United Nations Commission on International Trade Law (UNCITRAL) made considerable progress in advancing the draft Code of Conduct for Adjudicators in International Investment Disputes. The process of developing the Code has been coordinated jointly by the ICSID and UNCITRAL Secretariats to foster a consistent and harmonized approach.

The Code provides applicable principles and provisions addressing matters such as independence and impartiality, and the duty to conduct proceedings with integrity, fairness, efficiency and civility. It is based on a comparative review of standards found in codes of conduct in investment treaties, arbitration rules applicable to ISDS, and of international courts.

In 2021, ICSID and UNCITRAL released versions two and three of the Code, convened two in-depth consultations with States, and participated in dozens of events to discuss the Code with a full range of stakeholders.

Meanwhile, ICSID will begin hosting a number of hybrid hearings in the coming months and is also preparing for in-person hearings with reduced numbers of participants. Extensive adjustments have been made to ICSID’s offices and hearing facilities for health and safety, including revised floor plans to avoid areas of concentration, reduced seating in conference rooms to allow for social distancing, and frequent air quality testing.

ICSID significantly expanded its partnerships with dispute resolution institutions around the world in 2021. Formally termed Agreements on General Arrangements—and often referred to as Facilities Cooperation Agreements—these are based on Article 63 of the ICSID Convention. Over the past year, agreements were signed with the Energy Charter Secretariat, the Singapore International Mediation Centre, the Centre for Effective Dispute Resolution, the Santiago Arbitration and Mediation Centre (CAM Santiago), and the Japan International Dispute Resolution Center.

By allowing ICSID hearings to be held at the hearing centres of partnering institutions, these agreements further expand the global network of facilities that are available to ICSID parties—which also include ICSID’s dedicated hearing centres in Washington, D.C. and Paris, as well as World Bank Group country offices in over 130 countries. They also signal an intent to share knowledge and partner on capacity-building initiatives on international investment law and dispute resolution.

ICSID Scales Up Its Mediation Rules, Resources and Services

Two new papers on investment mediation, a webinar series, and blogs have served to share knowledge and expertise on when, how and why to apply mediation to an investment dispute.

Another priority has been building capacity amongst experienced mediators—so that they can apply their skills to the investment dispute context—and amongst government officials responsible for addressing investor grievances. Training programs are implemented with a range of partners, including an annual 3-day training course with the Centre for Effective Dispute Resolution and the International Energy Charter. UNCITRAL is also an important collaborator on mediation, and the past year ICSID supported the drafting of guidelines and best practices for participants in investor-State mediation and contributed research on model mediation clauses for investment treaties or a potential multilateral instrument.

Last—but not least—ICSID assisted parties in resolving their disputes through mediation over the course of the past year. The fact is that mediation is not a theoretical option for resolving international investment disputes—but is being used in practice. 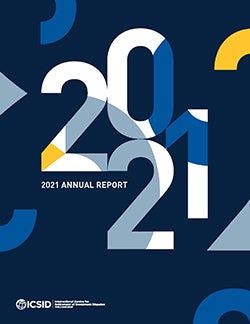 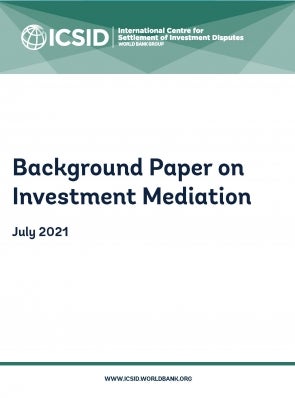 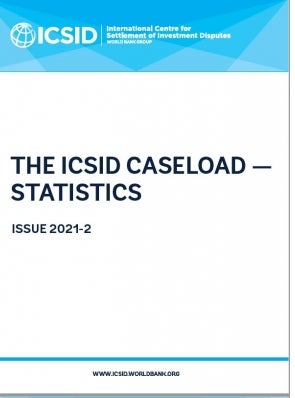 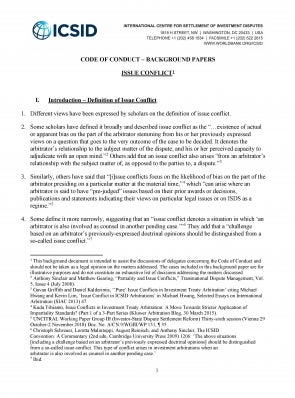