Young ICSID is pleased to share the second installment of its profiles of young professionals in the field of international investment law and dispute settlement. Each issue examines practical issues related to building a career and skill set from the perspective of young professionals from around the world.

We had the pleasure of interviewing Guled Yusuf, Counsel at Allen & Overy; Dr. Nudrat Piracha, Senior Partner at Septentrio Global Consulting, a collaborating firm of Andersen Global, in Pakistan, and CEO of the International Centre for Appropriate Dispute Resolution and Prevention (Pvt) Limited; and Monty Taylor, Partner at Arnold & Porter.

How did you become interested in public international law, and what skills do you consider essential to enter (and survive!) this field of law?

Guled: I spent my childhood in five countries and travelled constantly, which fostered a longstanding interest in different cultures and international relations. My decision to study and practice public international law was a natural consequence of my nomadic upbringing.

There are a variety of skills that are necessary in order to succeed in international law. For example, it is an interdisciplinary field and, therefore, it is very helpful to have a concrete understanding of different areas of law and other social sciences, including economics, history and political science.

It is a very competitive field with many passionate adherents so, in order to survive, it is important to maintain perspective and foster other interests.

Nudrat: I was fortunate in that my firm assigned me to investment arbitration and commercial arbitration cases, including Bayindir v. Pakistan, which are generally not assigned to women in Pakistan. These cases sparked my interest in public international law.

To enter the field, one needs to be fully equipped, through appropriate trainings, imparting required skillsets in areas such as drafting, arbitration advocacy, and to survive, especially as a women of color, one should aim to be more prepared than anyone else in the room.

Monty: I developed my interest in PIL through working on an investment arbitration case at a firm in Australia. The pool of ISDS rulings was still relatively small back then, and I remember spending a couple of weeks reading all of the jurisdictional decisions and awards that were publicly available at that time. These days, such a task would probably take years! After my experience on that case, I was hooked, and I’ve been working in the field of ISDS ever since.

In terms of skills to enter and survive in (thrive in, hopefully!) this field, I’d emphasise the importance of initiative. This industry is a competitive one, and those who take the initiative to identify and pursue new opportunities can often stand out from their peers. I’d also encourage a celebration of your own difference — work out what makes you stand out from the crowd (technical legal abilities? oral advocacy? interpersonal skills?) and find a way to capitalise upon it.

What strikes you as an important development in investment arbitration in recent years? And why is it significant?

Guled: The European Commission recently attempted to prevent the enforcement of an ICSID award before the Supreme Court of the United Kingdom on the ground that it would infringe EU law prohibiting unlawful State aid (Micula and others v Romania [2020] UKSC 5 [2]).  The European Commission was ultimately unsuccessful, however, the Supreme Court did remark that “it is arguable that article 54(1) [of the ICSID Convention], by framing the relevant obligation as to enforcement as an obligation to treat an award under the Convention as if it were a final judgment of a local court, allows certain other defences to enforcement available in local law in relation to such a final judgment to be raised”.

The decision was interesting because it thoughtfully dealt with the interplay of conflicting obligations under national, international and EU law. It also notably left the door open to the possibility of challenging ICSID awards in domestic courts by other means.

Nudrat: A significant development in investment arbitration has been States’ interest in preserving their regulatory space and a trend to move away from ratification of Bilateral Investment Treaties. The issue appears to be influenced by the United Nation’s work and discussions on the Report and Guidelines on Human Rights and Transnational Corporations and a push from UN bodies, international non-governmental organizations and governments towards reforming the investment regime, even though the narrative of States' regulatory space being threatened by investment arbitration is statistically unsupported. Investors whose conduct the discussions were meant to address continue to have the ability to initiate investment arbitration and strong standards in their contracts.

Monty: I have been struck by the speed at which the body of ISDS rulings has been growing in recent years. The increasing number of awards is of course a natural consequence of increasing case numbers, but the sheer volume of substantive rulings that is now available is a dramatic change to where we were even five years ago. This is leading to a wider array of ‘authority’ strands, which is in turn providing counsel with a wider range of available decisions with which to support arguments. The ‘comfort’ of such a large body of decisions is also arguably leading to a loss of creativity and spontaneity in how counsel approach their arguments.

ICSID is amending its Rules, having issued four working documents with proposed amendments. Is there any specific amendment you think that, if approved, would prove particularly positive for investment arbitration proceedings?

Guled: A number of the proposed amendments seek to improve cost-effectiveness and efficiency in keeping with current arbitral best practices. For example, Proposed Rule 12 provides that tribunals shall use best efforts to meet time limits to render orders, decisions and awards, including the 240-day deadline for issuing a final award (Proposed Rule 58(1)(c)). If the relevant proposals are adopted, in my view, they will be well-received and address a number of key criticisms.

Nudrat: The proposal for new mediation rules is a positive step that can bridge the communication gap resulting in many disputes between investors and States. In particular, mediation may benefit developing states where institutions are weak or broken, resulting in the investor’s project being victimized with no real communication or recourse for the investor.

Monty: I am particularly excited about the proposed new mediation rules, and the potential that mediation could be increasingly taken up by disputing parties to resolve ISDS disputes outside of the arbitration context. There has been a noticeable uptick in interest in investor-State mediation in recent years, and having a standing ICSID framework of rules in place should help to encourage parties to consider that option as part of their suite of available options for resolving disputes. The more ways to resolve a dispute, the better.

In July 2020, ICCA released its Report of the Cross-Institutional Task Force on Gender Diversity in Arbitral Appointments and Proceedings. While the Report focuses on gender diversity, it recognizes that issues of diversity also touch upon ethnicity and racial origins. Can you identify three measures you think law firms or senior practitioners should implement in their practices to address issues of intersectional representation?

Guled: First, diversifying the leadership ranks of a law firm must be the responsibility of the entire firm and, in particular, the firm’s management.  At many firms, the obligation to drive diversity initiatives can often fall on women or other under-represented groups, which creates a dual burden for these lawyers to succeed under traditional firm metrics while at the same time leading these crucial efforts.

Second, a regular and detailed assessment of intersectional representation is imperative. In the absence of a regular effort to identify what is working, what is not working and what can be changed, it simply won’t be feasible to move the needle.

Third, it is also necessary to set targets and objectives. In my view, diversity can be understood in one of two ways: as simply aspirational or as a serious transformative undertaking. The legal industry and the arbitral community will be best served if we sincerely commit ourselves to the latter and don’t simply pay lip service to diversity or use it exclusively for marketing purposes.

Nudrat: Some measures include:

1. Firms should ensure that staff are well-trained in the identification and mitigation of different forms of bias. Senior practitioners play an important role both in ensuring that team members apply that training and in role-modeling inclusive behavior themselves when making key decisions, including hiring and arbitral appointments.

2. For each arbitral appointment, practitioners should actively query whether the suite of candidates under consideration includes fair representation across multiple axes of diversity. This is a relatively simple ‘sense check,’ but a very effective way to open up a team’s thinking and encourage greater intersectional representation.

3. Firms should create mentorship programs to ensure that staff have easy and ready access to mentorship/role models regardless of their background. These programs are important in establishing informal professional relationships between senior and junior practitioners which are critical to professional advancement and development.

Looking back at the challenges that 2020 has brought, could you name two skills that you think are key for young practitioners to develop resilience?

Guled: I think that flexibility and the ability to reach out or rely on others has been imperative this year. 2020 has not unfolded according to anyone’s plans and it has required a huge amount of flexibility in order to make the most of the circumstances. I have also found that staying in contact (even if only virtually) with family, friends and colleagues has made a world of difference. It is simply not feasible to face every challenge alone and it is vital to be able to reach out to, and rely on, others.

Nudrat: Young practitioners must develop research skills to publish and engage in the wealth of opportunities that have now become available due to COVID-19. While the pandemic has made it a challenge to meet physically, it has opened up opportunities to participate in events and trainings remotely. In addition, they need to exert conscious effort into honing their interpersonal skills in these online settings, given the lack of in-person interactions.

Monty: Adaptability and IT skills!

Guled: Everything in moderation, including moderation.

Nudrat: My motto is to continue to venture on uncharted paths; blaze the trail for those who deliberate under a false belief that change is improbable if not impossible.

Monty: You miss one hundred percent of the shots you don’t take. 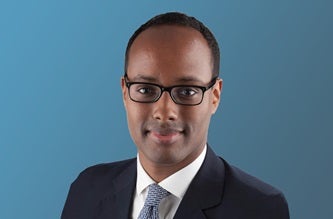 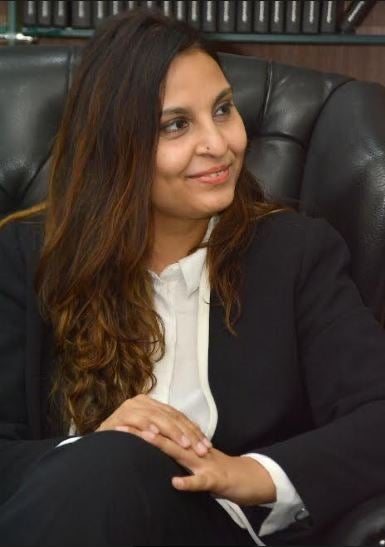 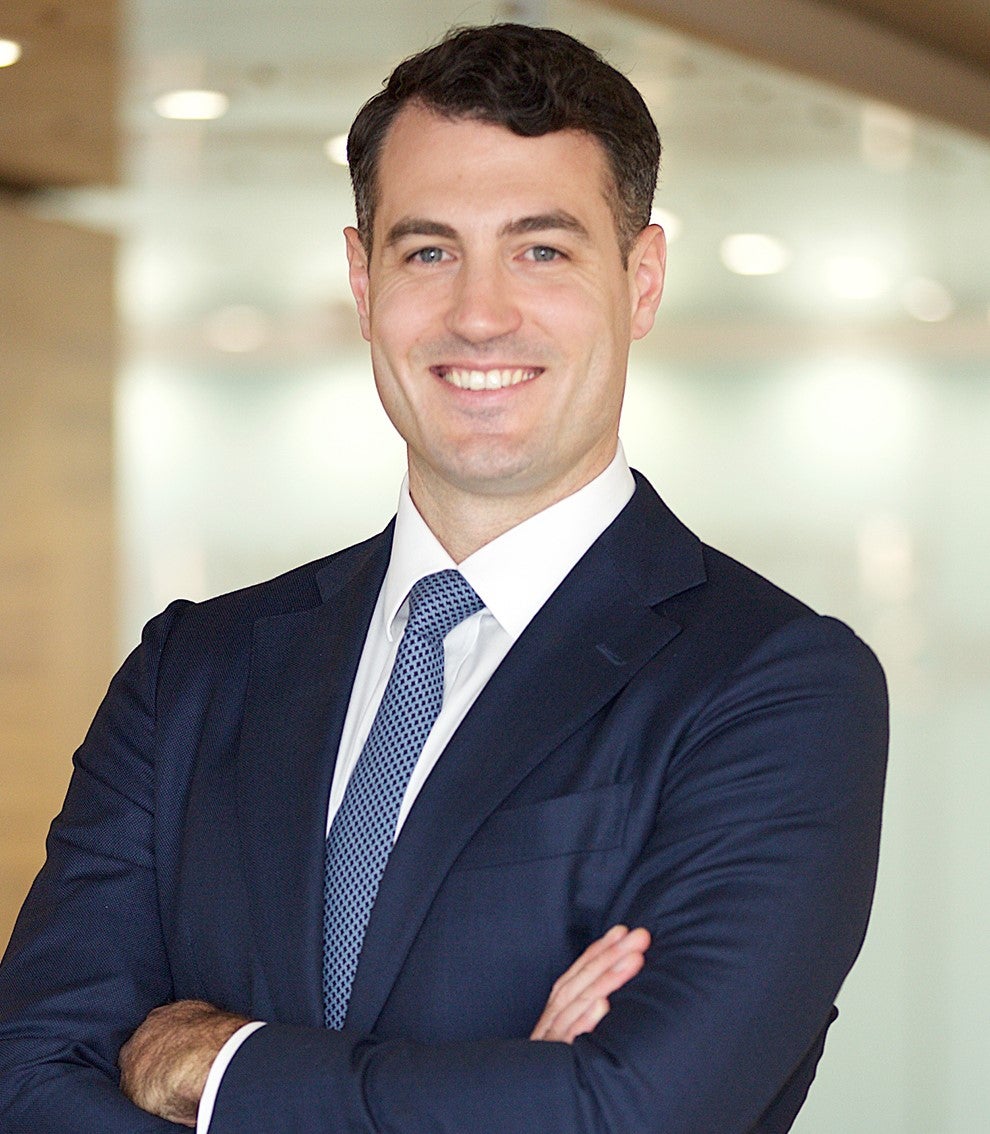