Meg Kinnear is the Secretary-General of the International Centre for Settlement of Investment Disputes (ICSID).

She worked as Senior General Counsel (2006-2009) and Director General of the Trade Law Bureau of Canada (1999-2006). Prior to this, Ms. Kinnear also worked as the Executive Assistant to the Deputy Minister of Justice of Canada (1996 -1999) and Counsel at the Civil Litigation Section of the Canadian Department of Justice (1984-1996).
Ms. Kinnear has frequently spoken on and published with respect to international investment law and procedure, including as a co-author of Investment Disputes under NAFTA (Kluwer Law Publications, June 2006; updated editions released January 2008 and June 2009).
Ms. Kinnear holds degrees from the University of Virginia (LL.M.) and McGill University (LL.B.). She is admitted to the Bar of the Law Society of Upper Canada (Ontario) and the District of Columbia Bar.
She speaks English and French.

2019 John E.C. Brierley Memorial Lecture - Continuity and Change in the ICSID System: Challenges and Opportunities in the Search for Consensus 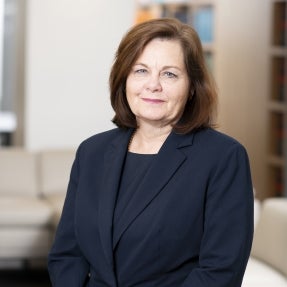