For an investment mediation to work, both parties—State or State entity and investor—must come to the table willingly, with an 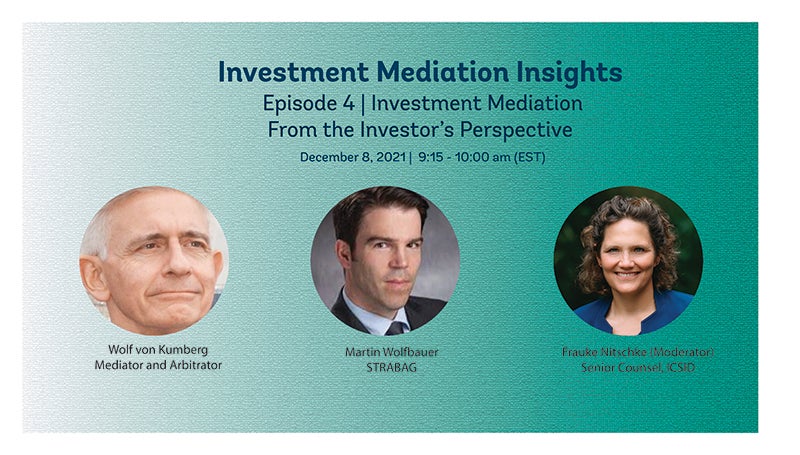 Wolf von Kumberg: Wolf was for over 25 years the Assistant General Counsel—International for Northrop Grumman Corporation. The company has an extensive international presence and invested in projects in over 52 countries, often in joint ventures with State entities. In that role, he was responsible for international dispute management and for developing the company’s international dispute resolution program. His position led him to arbitrating and mediating disputes across the globe and in developing a particular expertise in investment dispute settlement. Since retiring from Northrop, as part of the CEDR team working with ICSID and the Energy Charter Secretariat, Wolf has delivered trainings for investor-State mediators, and frequently participates in events on the topic. Wolf is an independent CEDR accredited mediator and FCIArb arbitrator with Arbitra Arbitrators and Mediators, with offices in London and Washington, D.C. and advises companies on implementing effective conflict management programs.